Understand and use generative AI

Understand and use generative AI

Help, the AIs are on the loose!

Artificial intelligence applications have been sweeping through the creative industry for a short time now, seemingly leaving no stone unturned. They appear to be amazingly clever and create texts, images and videos in seconds that used to be extremely difficult to produce - and some of them in insanely high quality.

It feels like this is just the beginning, the rise of a new world. In which machines will revolutionize the way we think about creativity.

But what does that mean for creatives? Will we soon be out of a job? What task is left for humans in this process?

We'll explore this question in the "Creative AI Revolution" workshop. Here you'll get an overview of how AI, data and tools like DALL-E, ChatGPT, Stable Diffusion and many others can be applied, and in the best case, elevate your own creativity to a whole new level. Because with the help of AI, even the most amazing ideas can become reality - if it gets the right input.

What can you expect in the seminar?

In this session we will look at the background. What exactly can AIs do? Where does this ability come from? What can they be used for and what are their limitations? Which ones exist at all? Our focus is mainly on the applicability for advertising and marketing. Our speaker Dominik Heinrich, award-winning inventor and former Global Executive Innovation Design Director at MRM and McCann, will show you plenty of examples of how AI can drive innovation in the creative industry.

In this session, we get active ourselves. This is all about trying out interactions with different AIs. We will learn to "prompt" - that is, write directions for AIs. The goal is to get the most practical guidance possible on how to use and control AI in the creative process - because it's not trivial at all to elicit the exact output from AI that you have imagined and need. Tony Jones, another award-winning creative director from the US, will lead this session.

This is where things get really serious - because AI has to prove its suitability for everyday use. In this session you will work with the AIs DALL-E and ChatGPT. Using a real task, you will complete the entire process from brainstorming and generating prompts to the generated solution and the presentation of the results.

The goal of the workshop

You get a lot of background knowledge about the functionality of AIs and learn how to use them practically. You will get guidance, feedback and tips & tricks from the two industry experts Dominik and Tony at any time and can confidently take your first steps in this new age.

Because whether AI becomes just one of many more tools for creatives in the future, or whether it completely revolutionizes the industry - our chances of riding this wave are definitely better if we take the plunge now.

This workshop is offered exclusively as an online workshop. It is not a webinar, but an interactive session where the focus is on working and practicing together. A few days before the workshop, there will be an approx. 30-minute technical onboarding session with Miro

Which questions are in focus?

What can AIs do - and how exactly do they work?

Which fields of application in marketing and advertising exist for AIs? And which ones are just emerging?

Which commands AIs understand and how - and what they do with them.

In the AI preschool

How can I customize and train AIs myself to meet my needs?

How do I proceed in a targeted manner if I really want to have usable results? Which workflows can I build?

What AIs are currently available and what can they do?

Who benefits most from this seminar?

The workshop is primarily aimed at everyone involved in creative processes: As freelancers, in marketing departments and agencies. But also all other interested parties can take away and try out a lot of input about the function of AIs. 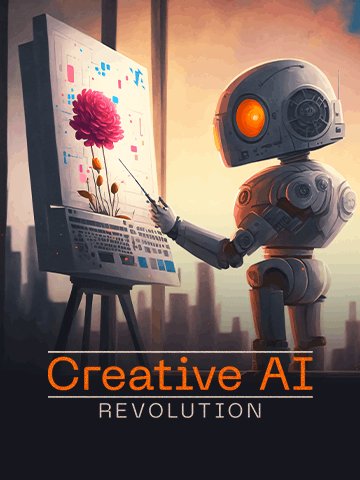 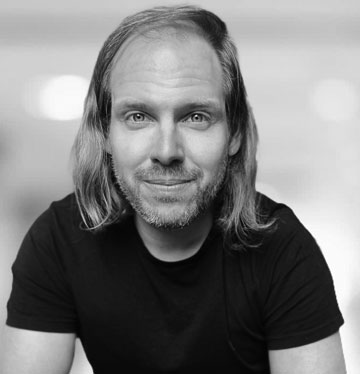 For 20 years Dominik has gained experience in the creative industry as founder and managing director of his own agency, creative director of a large agency network and innovation expert. His focus has been on the topic of "innovations" from the very beginning. As SVP, Global Executive Director, he has built up the Product & Experience Innovation division at MRM (part of McCann Worldgroup) in New York since 2016 and manages the innovation consultancy "LAB13 by MRM" with studios around the globe.

Dominik is a speaker on innovation at EPICA, ADC, Advertising Club New York and many others. He is part of the one-hour A.I. documentary by WIRED and McCann Worldgroup.

As a mentor for startups, he helps companies launch into the business world (including Techstars Accelerator, Founders Factory, etc.).

He also holds several patents: for example, for his invention "Voice Stamp" for the U.S. Postal Service, for which he has also received several international awards, including the coveted Innovation Lion at Cannes Lions 2017. 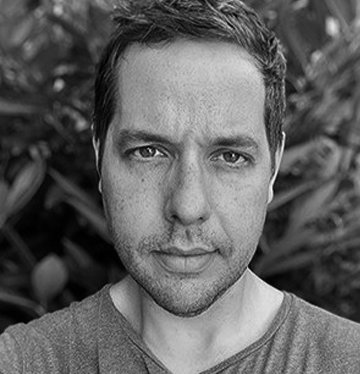 Tony is a freelance creative director with more than 15 years of experience at MRM McCann, most recently as senior vice president and creative lead of McCann Worldgroup.

He has won Cannes Lions, Clio Awards, Webbys and many other awards with his creative work and holds several US patents as a registered inventor.

Currently, he is heavily involved in generative AI and is hard to beat in writing successful prompts - except maybe from an AI ;)